Molara is an inspirational singer, songwriter, teacher and performer, who's maternal grandfather was a founder member of the George Formby society, and who's father's cousin was Fela Kuti. Following a BA Honours degree in drama and French literature, Molara went on to work in theatre in the early 1990‘s. before becoming an original member of dub dance pioneers Zion Train.

She has sung and recorded with a wide range of bands and artists which include Mad Professor, Femi Kuti, The Ruts DC and Baka Beyond.

She founded One Voice Choir in 2005  to celebrate her love of international singing techniques, and was one of the founders of The Narberth A Cappella Voice Festival in 2008. Most recently she became a trustee of the Natural Voice Network.

She has delivered educational provision of music and the arts to people aged 0 to 106, of differing abilities and backgrounds since 1992, working for the likes of Span Arts, National Theatre of Wales and Arts Council of Wales.

She is fascinated by the brain and has been privileged to work with people who were not “neuro typical”, those with dementia and stroke survivors.

She has campaigned for race, social, financial and cultural equality, all her life. 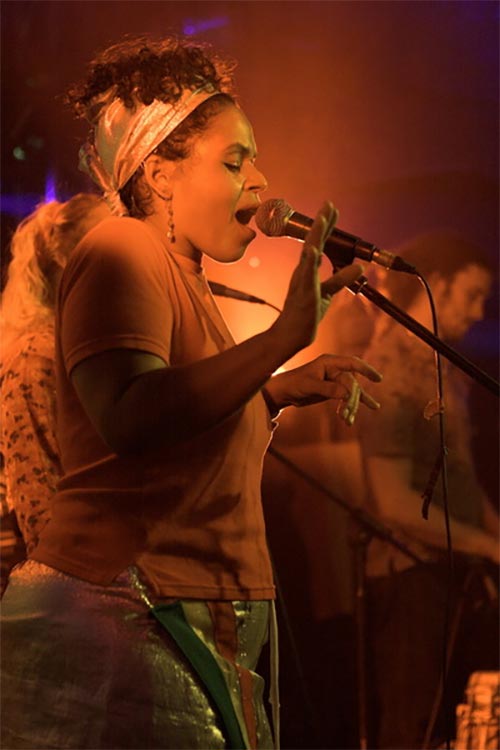